Next
Push button for menu

Keith Burkholder has been providing mortuary services to  McBain and the surrounding areas in some form for nearly 40 years.

Born in Cadillac and raised in  Lake City,  Keith has lived all but nine years of his life in Missaukee County.

In 1966, Keith married the former Norma Kitchen-Brown on Old Mission Peninsula near Traverse City. The couple has been blessed with 4 children: Angela, Michelle, Heather, and Kevin, who provided them with twelve grandchildren and fifteen great-grandchildren. All the Burkholder children attended McBain Schools and have remained in the area.

As a student, Keith spent a brief period of time working in the Auto industry at an Oldsmobile plant in Flint, MI.

Keith completed his apprentiship at Gorsline-Runciman Funeral Home in Lansing before moving to Brown Funeral Home in Flint where he worked until 1974. Keith credits his time at Gorsline with instilling in him the need for perfection and attention to detail, a concept that sets him apart from his competitors.

In 1974, Ketih returned to his beloved Missaukee county where he went to work for Veldsma - Young Funeral Home. Keith ultimately purchased the business and it became Burkholder Funeral Home.

Troughout the years, Keith has been active in McBain City Council, The McBain Chamber of Commerce and worked as a first responder for the city of McBain.

In his spare time Keith likes to hunt and fish as well as other outdoor activities. 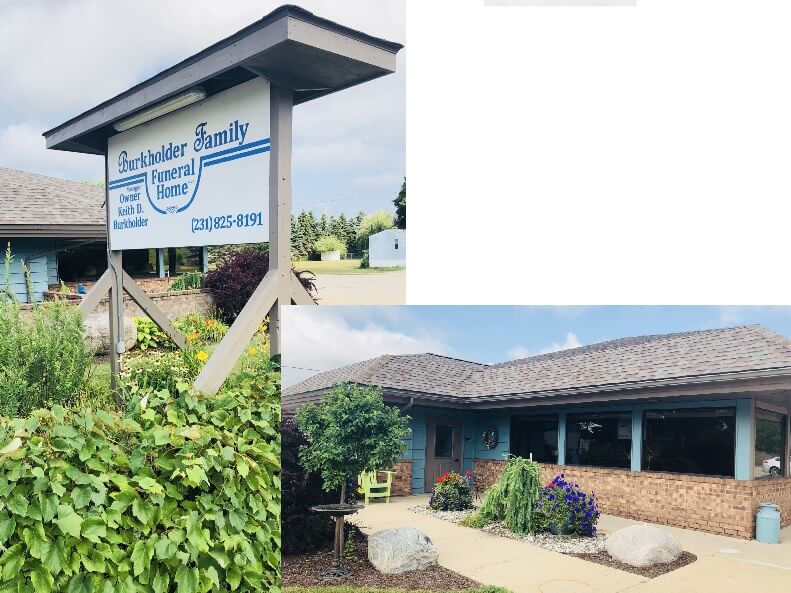